This release was signed by SBA President Jerrod Mustaf and VANDYKESPORT CEO  Emeka Enyadike.  The SBA has previously toured the Gambia as a guest of H.E. Alhaji Dr. Yahya A.J.J. Jammeh recently where Mr Mustaf was conferred with the National honour of Officer of the National Order of the Republic of The Gambia.  He was accompanied by a 40-person delegation, by which members of the SBA staff are currently training the Gambian national teams and developing the country’s national basketball league.

The SBA/VANDYKESPORT team will next visit Guinea-Bissau and South Africa on this Missionary train.  Jerrod Mustaf is also the President of the Washington DC branch of the NBA veterans.
While in NIgeria, the team will conduct clinics for Players, Coaches, Officials and Media on the latest trends in “American Street ball” development  now spearheaded by VANDYKESPORT in Lagos, Abuja and Port Harcourt as well as participate in the launch of the Vmobile Street Ball Series.

VANDYKESPORT has long been associated with Street Ball development in Africa and the Middle East especially the highly successful ADIDAS STREETBALL CHALLENGE.  They will also pay courtesy calls on the Honourable Sports Minister, Alhaji Samaila Sambawa, Nigeria Basketball Federation President Jacob Gyang Buba, US Ambassador John Campbell, some state Governors and will hold discussions with the President and Members of the NBBF, its marketing consultants Deportivo Vandyke International Limited and club owners on ways of supporting the growth of the game.

The team will also visit all the major sponsors of Basketball in Nigeria namely; Nestle Milo, Vmobile, Zenith Bank, Indomie, Sprite, Union Bank, First Bank etc and numerous media houses. It is hoped that the visit will reinforce the strides being witnessed in the game in Nigeria and lead to several levels of technical assistance for the game.  According to Mr Mustaf, Nigeria has always had the potential for greatness and we see this alliance with VANDYKESPORT as strategic to the long term advancement of the game of basketball and the overall development of youth in Nigeria.  “We will support the Nigeria Basketball Federation and all lovers and stakeholders alike.”  In his remarks, Emeka Enyadike believes “the game can only truly evolve when a conscious effort is made to take the game to the community. We can only learn from the expertise of the SBA”.

As special guests of Dr. Yahya A. J. J. Jammeh, President of the Republic of Gambia, the SBA Sports Management and Entertainment Group is spearheading a trip for the SBA All-stars, SBA Ouch Girls, and SBA Coaches and Management Staff to be a part of the Republic of Gambia’s Independence Day celebration and parade February 14th-21st, in West Africa.  In addition, the SBA will be headlining a ceremony unveiling two outdoor full-court venues with new asphalt, lines, and professional style basketball goals that have been under construction and supervised by the SBA.

Since the SBA introduced the International African Basketball Initiative last November, Jerrod Mustaf and members of the SBA have had two recent trips over to the Gambia to assess the current basketball infrastructure and to execute plans for construction of new basketball courts throughout the region and to start organizing proper training and coaching.  The upcoming trip to the Gambia will serve a number of purposes, as the SBA Show & Expo will be utilized to entertain and to re-introduce, the sport of basketball to the Gambia.   Throughout the trip the SBA All-stars will perform a number of clinics going over basketball fundamentals and the latest street ball moves, as well as playing exhibition games with the top Gambian Teams and National Team.

After the week long trip, the SBA Sports Management and Entertainment Group will have two SBA Coaches on the ground in the Gambia full-time organizing and implementing daily basketball clinics and instruction, setting up new teams and leagues, and overseeing the countries overall basketball development.  In addition, to initial steps of creating an alliance with the President of the Gambia, touring the country and assessing the current basketball structure, construction and renovation of basketball courts and facilities, the SBA Development Program now shifts giving the SBA All-stars and SBA coaches an opportunity to be “hands on” going over to Africa to entertain and teach the sport of basketball.

With SBA coaches in the Gambia, the SBA will improve the country’s overall level of play providing an opportunity for African players to receive proper instruction, guidance, and a solid foundation to learn from.  The SBA will work with top sports officials from the Gambia to put together, train, and coach a National Team that will compete at the African Championships in the upcoming years with the long-term goal to qualify for the 2012 Olympics.

Below are articles regarding the SBA’s trip to the Gambia:

Jerrod Mustaf, a renowned retired American basketball legend, has arrived in the country accompanied by high-ranking delegation of members of the Street Basketball Association (SBA). Jerrod Mustaf, who is poised to develop Gambian youth through basketball, is on his second visit to The Gambia.

As part of actvities marking the 41st anniversary of the country’s Independence, the players of Street Basketball Association (SBA) played a friendly encounter with their Gambian counterparts at Manneh Sillah Memorial Basketball Court on Sunday.

In a well attended encounter, the Street Basketball players defeated the Gambian players by 88 to 81 in the final scores. However, the Gambian players proved they have talents in the game by competing intensively with the young athletic and experienced American players. Starting at low scoring sheet, the match witnessed excellent skills from both sides, as thousand of spectators watched keenly.

Before the start of the match, the American legend presented basketball boots to each of Gambian players, which they used for play in the game.

Commenting on the game, Jerrod Mustaf said: “The game was a good encounter. Though we were lucky to win it, the Gambian players showed they have good background in the game and only need upgrading to excel. We will work closely with the players and the coaches who are our main concern and make sure we develop their skills.”

Mustaf said he is grateful to  President Yahya Jammeh for the warm hospitality he  gave them. “We now consider The Gambia our second home and we are working to establish some basketball courts in the country. We also have a good coach among us who will be watching out for the gifted Gambian basketballers who can be sent to colleges in not only the USA but other countries to pursue the trade of basketball,” he said.

For his part, the SoS for Youth, Sports & Religious Affairs, Mr Samba Faal said: “Our boys did extremely well, and I am urging them to be dedicated as good plans are in the pipeline. We’ll work closely with Street basketball Association. The foundation is already in place.”

Mr Faal said The Gambia has been involved in the trade of basketball over the years, adding that a lot of training has been going on at the grassroots level, the reward of which will be realised when the time comes.

In terms of infrastructure, Mr Faal said,  President Yahya Jammeh is fully committed as evidenced in his personal contribution to the rehabilitation of the basketball court at Gambia Senior Secondary School in Banjul.

34 To Be Decorated by President Jammeh
Written by DO
Tuesday, 21 February 2006

At least 34 personalities have been appointed to the Order of the Republic of The Gambia.

This was made known on Saturday at the July 22nd Square in Banjul on the occasion of the 41st Independence Anniversary celebrations.

Celimarie Dean, Miss Black USA 2005/2006, has thanked President Jammeh and the First Lady Madam Zineb for inviting them to attend the 41st Independence anniversary of The Gambia.
Speaking in an exclusive interview with the Daily Observer during the celebration of The Gambia’s 41st Independence celebration at the July 22 Square in Banjul, the USA crowned beauty queen found The Gambia as “absolutely beautiful. The people are warm and loving. And I really feel like I am home here.”

She observed: “We are the same family and we should keep opening our hearts. We should realise that we are from the same motherland-Africa.”

The 20-Miss-Black queen, who is majoring in Family Social Science at the University of Minnesota advised Gambian girls to stick to the pursuance of their dreams and education, while empowering their children along the way in order to uplift black identity. 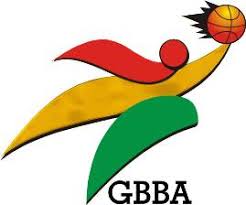 Get updates on special events.